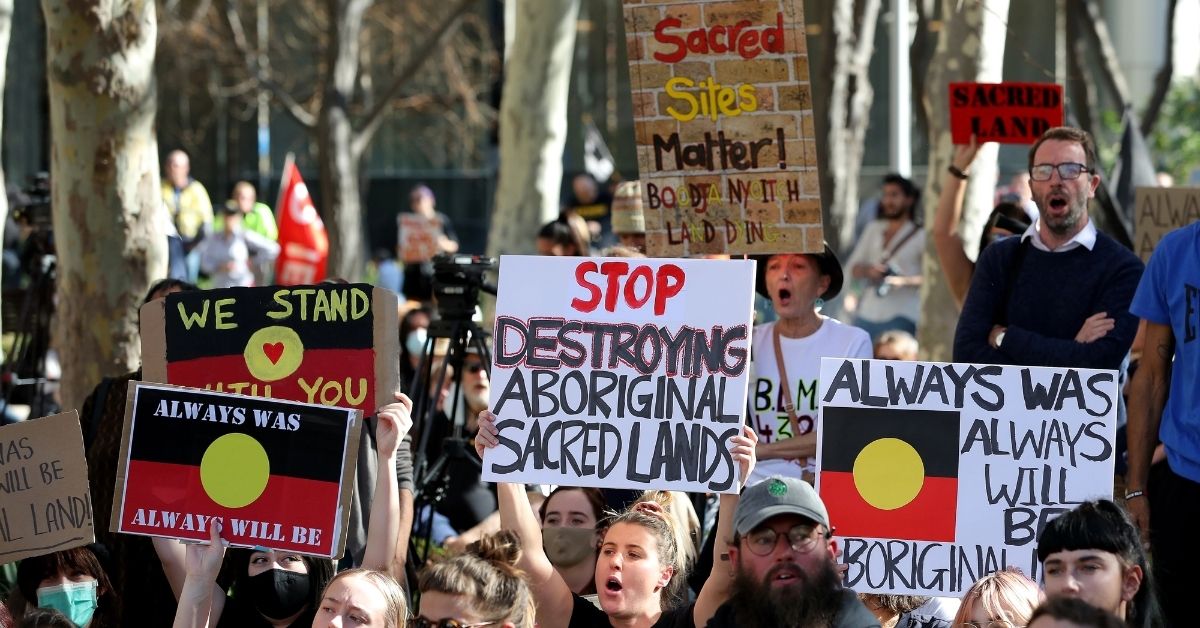 They were dragged kicking and screaming, but Rio Tinto's board finally took the crucial first steps towards accountability for the destruction of caves at Juukan Gorge.1

Cultural heritage destruction is an almost daily occurrence for traditional owners. Mining companies are almost never held accountable. Media coverage is usually scant at best. No wonder Rio thought the story would go away. And no wonder the three executives in question, whose governance failings robbed us of a world heritage significant site, were smug enough to destroy it in the first place.

The Native title act (NTA) governs these agreements. Mining companies argue that state law reform is not needed because the NTA already provides a negotiating mechanism for traditional owners to protect their heritage. However, the NTA does not require 'free, prior and informed consent', the human rights standard for Indigenous agreement-making. If a company wants to mine on a group's land, and the group does not consent, the mining company can make an application to the National Native Title Tribunal, which almost always rules in industry's favour.

Some mining agreements are beneficial to both parties. Many companies have good rapport with local traditional owners. We need to dispel the myth that traditional owners are anti-economic development. But the fairness of the agreement negotiated shouldn't be left to the whims of a company's benevolence. And the lack of transparency around these agreements, which can contain "gag clauses", is highly unethical. It's an outrage that traditional owners are too terrified of legal repercussions to speak out. It's no surprise then that so much heritage destruction has historically gone unnoticed.

State cultural heritage laws are also inadequate. The Western Australia government recently released a draft bill to replace its 48-year-old predecessor. The draft bill does not go far enough but it does remove the notorious s18 under which miners apply for ministerial consent to destroy a site and which traditional owners have no right to appeal. This is how Juukan was destroyed. In the past ten years, 463 section 18 applications were made.2 None were rejected. We hope the WA government can back its own bill against the might of industry pressure.

There's also the issue of resourcing. When traditional owners gain native title, they are legally obliged to form a corporate entity known as a 'Prescribed Body Corporate' (PBC), through which mining agreements are negotiated.

But here's the catch: not only do PBCs have far more burdensome statutory requirements than other corporations, but 80% of them have no income whatsoever. They are often comprised of a voluntary board with no employees, no administrative experience and no office. Now tell me how a PBC is meant to negotiate a mining deal on a level playing field with a billion-dollar, multinational corporation?

We know of one PBC that has 546 mining tenements on its books right now. For a small PBC to handle that kind of workload with zero government funding and be expected to find the resources to negotiate a mining deal is absurd.

This is just a snapshot of the government machinery enabling the destruction of Australia's cultural heritage. Federal and state laws do not interact effectively, if at all. To any casual observer it would appear these laws are crafted to sanction and expedite the destruction of cultural sites, rather than allow traditional owners to self-determine.

This approach robs an already disempowered people of their cultural responsibilities. Australia, and humankind, are robbed of some of the earliest evidence of human existence. Australia would be aghast at wilful damage to the Opera House. Or the destruction of an Anzac memorial. Yet heritage ten times older than the Egyptian pyramids is detonated regularly.

Even with the Juukan Gorge caves in ruins, the mining sector still won't support legislative reform.3 They think they can be trusted to self-regulate. Some companies have pledged to improve processes. BHP announced it would set up a heritage advisory council. This is all well and good, but if we could trust them to self-regulate, wouldn't the Juukan Gorge caves still be standing?

Other than shareholder pressure or bad publicity, where is the mining sector's incentive to change? Australia's laws give them open slather. The status quo is pretty comfortable for the top end of town.

We hope this will be the mining sector's watershed moment. When these companies eventually pack up and leave our continent, what will they leave behind? After stripping impoverished traditional owners of their rights and agency, what sustainable, long-term development plan have they negotiated? How will their triple bottom line stack up?

We're calling on the commonwealth to show some leadership and implement strong cultural heritage laws and more resourcing for PBCs. The National Native Title Council has worked with the Heritage Chairs of Australia and New Zealand to draft a federal cultural heritage policy framework. The best practice 'national standards' is based on principles outlined in the UN Declaration on the Rights of Indigenous Peoples, endorsed by Australia. The national standards are comprehensive and would provide more certainty for both industry and traditional owners.

We're also calling on the mining sector to support law reform and an independent, transparent review into agreement-making processes.

Rio Tinto might have been the sacrificial lamb, but the Juukan Gorge catastrophe could have happened to any mining company. For too long they've been operating with free rein and few consequences. Rio must now commit to a forensic review and overhaul of its company culture if it is to have any hope of rebuilding its brand and its trust with traditional owners.

Let this be a wake-up call to them all: our people were on this continent long before mining companies arrived and we'll be here long after they're gone. The decisions made now will determine how much of what makes Australia profoundly unique will still be standing when they go.

Jamie Lowe is CEO of the National Native Title Council and a Gunditjmara Djabwurrung man. He is also elected to the First Peoples Assembly of Victoria, tasked with negotiating a Treaty framework with the Victorian government.

Reprinted from The Guardian in Chain Reaction #139, national magazine of Friends of the Earth Australia, May 2021