From the Modern Slavery Act to binding rules on corporations 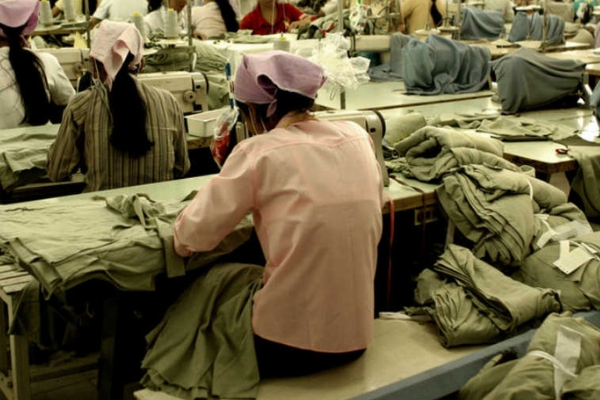 A South African activist is murdered while defending his communities’ lands.  Time and again, Australian corporations are implicated in human rights abuses and environmental disasters across the world. Yet most of these crimes go unpunished, with no access to justice for victims at home or overseas.

It is not just a few bad apples. As the Human Rights Law Centre has documented, ongoing serious human rights abuses feature in the overseas operations of many prominent Australian-based multinationals. They can evade responsibility for human rights and environmental abuses by operating between different national jurisdictions, taking advantage of corruption in local legal systems, and leveraging the fact that many are richer and more powerful than the states that seek to regulate them.

We must work to hold these corporations to account. The Australian Modern Slavery Act, which requires some 3000 of Australia’s biggest companies to publicly report on the risks of modern slavery in their operations and supply chains, and what they are doing to identify and address this, needs to be strengthened.

In the first place, it should include penalties for companies who do not report and, in the second, independent oversight of the Act. A liability mechanism should also be included for cases where companies fail to prevent modern slavery.

While a step forward in the fight against corporate impunity, the Modern Slavery Act only seeks to address one of the worst corporate crimes. Other serious breaches of human rights or social, cultural, environmental and economic rights like land grabbing, environmental destruction and workers safety violations are yet to be addressed by domestic legislation.

We must build on the Modern Slavery Act to push for a much more comprehensive and binding regulation of Australian businesses’ human rights and environmental abuses.

Modern slavery is only the beginning

Most Australians know, or wouldn’t be surprised to learn, that their phone was made by people working in appalling conditions on the other side of the world, or that their superannuation invests in companies with records of environmental abuse. Yet many feel unable to do anything about this. The passing of the Modern Slavery Act is therefore a powerful story of change, and success can breed success.

At the same time, the victims of a wide range of other abuses cannot access legal remedy - the people who lost their homes and livelihoods in the 2015 Samarco mine disaster continue to struggle for justice today.

In this fight we can take guidance from global initiatives and established best practice. France has recently introduced a “duty of vigilance” law greater in scope than any Australian counterpart. It obliges companies to ‘identify risks and prevent serious violations of human rights and fundamental freedoms, the health and safety of both people and the environment’. Crucially, it enables victims to hold French companies accountable in French courts for human rights violations anywhere in the world.

A concrete initiative is underway at the United Nations, with a new Inter-governmental Working Group negotiating to establish a legally binding instrument on multinational enterprises with regards to human rights. Several new judicial mechanisms are under negotiation, including the establishment of a new International Corporations Court and the strengthening of national extraterritorial human rights laws.

This new binding human rights treaty has the support of more than 1000 organizations and social movements, the Vatican and many diverse governments including South Africa, Indonesia, India, China and Ecuador. UK Labour has also committed to the treaty. The Australian government has been silent and obstructive in international negotiations for this ground-breaking human rights instrument. With an Australian Federal election likely in May, a new Labor government—or re-elected coalition—must support this important process.

An international legally binding instrument is clearly possible, as corporations already have one to enforce their rights. Mechanisms called Investor State Dispute Settlements are included in trade and investment deals, enabling foreign companies to sue governments in a private tribunal for millions of dollars for enacting polices that harm their profits.

The passing of the Modern Slavery Act and other human rights victories happening all over the world demonstrate that collective and regulatory action do improve human rights.  We can tip the scales of justice by growing our movement and demanding an ambitious agenda of Rights for People and Rules for Corporations.