NSW election - where do the parties stand? 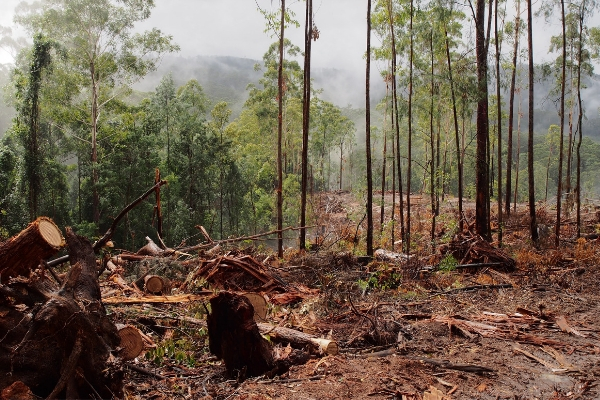 The people of New South Wales go to the polls on March 23. Environment and climate have both featured strongly in the public debate around the election and it would appear that interest in these issues is of significance to many people as they ponder their vote.

NSW has the largest energy demand of any state in Australia but is lagging all other states and territories in the transition to clean energy.

Polling commissioned for the Sydney Morning Herald (SMH) showed that 58 % of voters will consider policies on environment and climate change when they head to the voting booth. When asked for the most important issue in the election in the Ucomms/ReachTEL poll, 15 % of voters said it was the environment. That was a higher score than any issue except the ability to manage the state's finances.

The interest in environment is especially significant in this election because polling shows that the outcome is on a knife’s edge, with recent state-wide polls showing a 50-50 split between the major parties on a two party preferred breakdown of voting intentions. It looks like the election will be won or lost in a handful of regional seats currently held by the Nationals and a small number of Liberal/ALP marginals in Sydney.  Many commentators are saying that a minority government is likely.

Where do the parties stand?

Friends of the Earth is a non partisan environmental organisation and we do not endorse ‘people, parties or products’. But we see that elections pose an important opportunity for the community to win significant policy outcomes for the environment.

The chart below was compiled by the Nature Conservation Council of NSW and is available here. 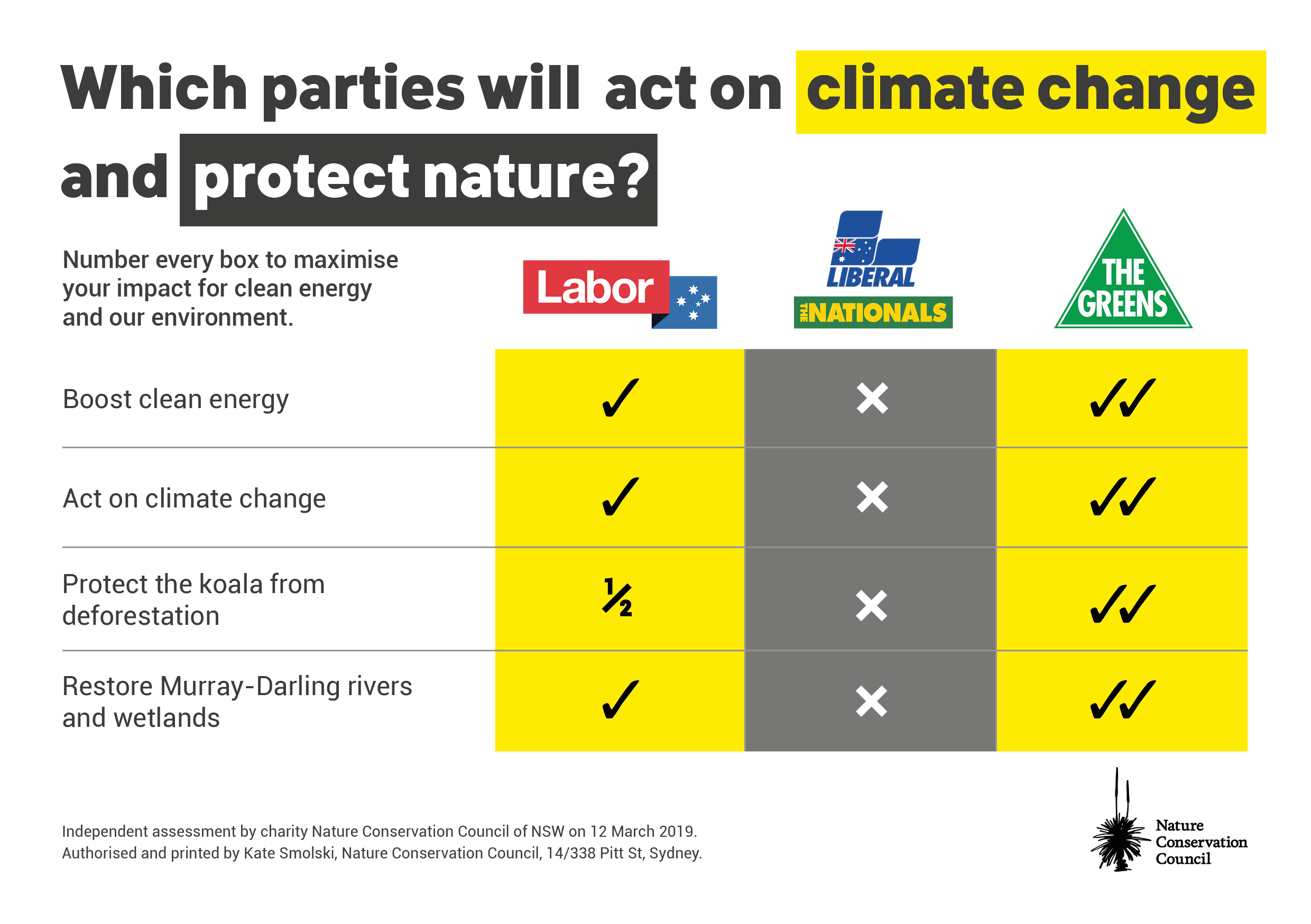 The ALP has vowed to undo the ‘environmental mess’. This includes a commitment to 7 GW of large scale new renewables (with 4GW to be built in the next term of government) and setting interim emission reduction targets as part of their Climate Change Act.

The ALP has also promised to reconsider the changes to land clearance and biodiversity laws and block the Narrabri Pilliga coal seam gas project.

Labor supports the goal of net zero carbon emissions by 2050

Labor opposes the flooding of the Blue Mountains National Park (oppose plans to raise the wall of Warragamba Dam).

The Liberal-National government has hardly been a leader on environment and climate during it’s time in power. The Coalition's flagship green pledge is cheap loans to households to install solar panels. They are clearly feeling the pressure from the community to act on climate: for instance, in a spectacular backflip Deputy Leader John Barilaro, a long-time supporter of new coal plants recently said “I do not believe that there will be anyone that invests in a coal-fired power station today or in the future.”

In an editorial, the SMH says:

“Country voters who care about the environment have little reason to vote for the Nationals. “The current histrionic battle between Barnaby Joyce's extreme climate denialist faction and the party leadership over whether to fund another coal-fired power station is telling those voters every day that the Nationals are not their party.

It is not just climate change where the Coalition has abandoned environmental voters. The SA Royal Commission singled out NSW for the fraud and obstruction that have undermined the Murray-Darling Basin plan to return water to save the inland rivers”. The Guardian has also looked at the Nationals poor track record on climate, environment and the inland rivers.”

The Liberals/ Nationals environmental policies include:

The full platform is available here.

The NSW Greens have a range of policies. Key environment commitments include:

Given the strong possibility of the election delivering a minority government, and the general dissatisfaction with major parties, micro parties and independents are really important in this election.

However, many of them hold anti environmental positions and even climate denier policies. We would urge you to look at their policies closely.

The Shooters, Fishers and Farmers Party

The shooters party supports the ‘continued development’ of coal mining in NSW. Further, they say:

“While we are technology neutral, we recognise that with the increasing saturation of renewable energy sources comes greater risks to energy reliability. Reliability is best provided by large coal fired generators and we believe that it is logical to construct twonew baseload High Efficiency Low Emission (HELE) coal fired power station in the Hunter Valley”.

One Nation’s energy policies can only be described as being anti environment. They want to lift the ban on uranium mining and see nuclear power stations built. They say ‘NSW should have flourishing fossil fuel energy (coal and gas), renewables (where viable) plus a nuclear power industry.’

They clearly oppose the further development of renewable energy and want to see the NSW Climate Change Council abolished. They are supportive of new coal fired power stations being built in the state.

Some independent candidates – who could have significant power should the election lead to a minority government - have made climate change and coal transition a key priority.

Former Greens MP Jeremy Buckingham is running as an independent.

You can read the policy platform developed by the Nature Conservation Council of NSW here.