PLEASE SUPPORT THE CAMPAIGN TO STOP NUCLEAR WASTE DUMPING IN SA!
HERE’S WHAT YOU CAN DO

Please donate to raise funds to stop the nuclear dump.

Join the No Dump Alliance (free) for campaign updates on the campaign to stop the federal government dumping nuclear waste in SA despite the unanimous opposition of the Barngarla Traditional Owners and the opposition of a majority of South Australians.

Join the Friends of the Earth email contact list for updates on nuclear issues and campaigns in Australia.

Updates on the SA dump campaign are regularly posted on this Friends of the Earth webpage. 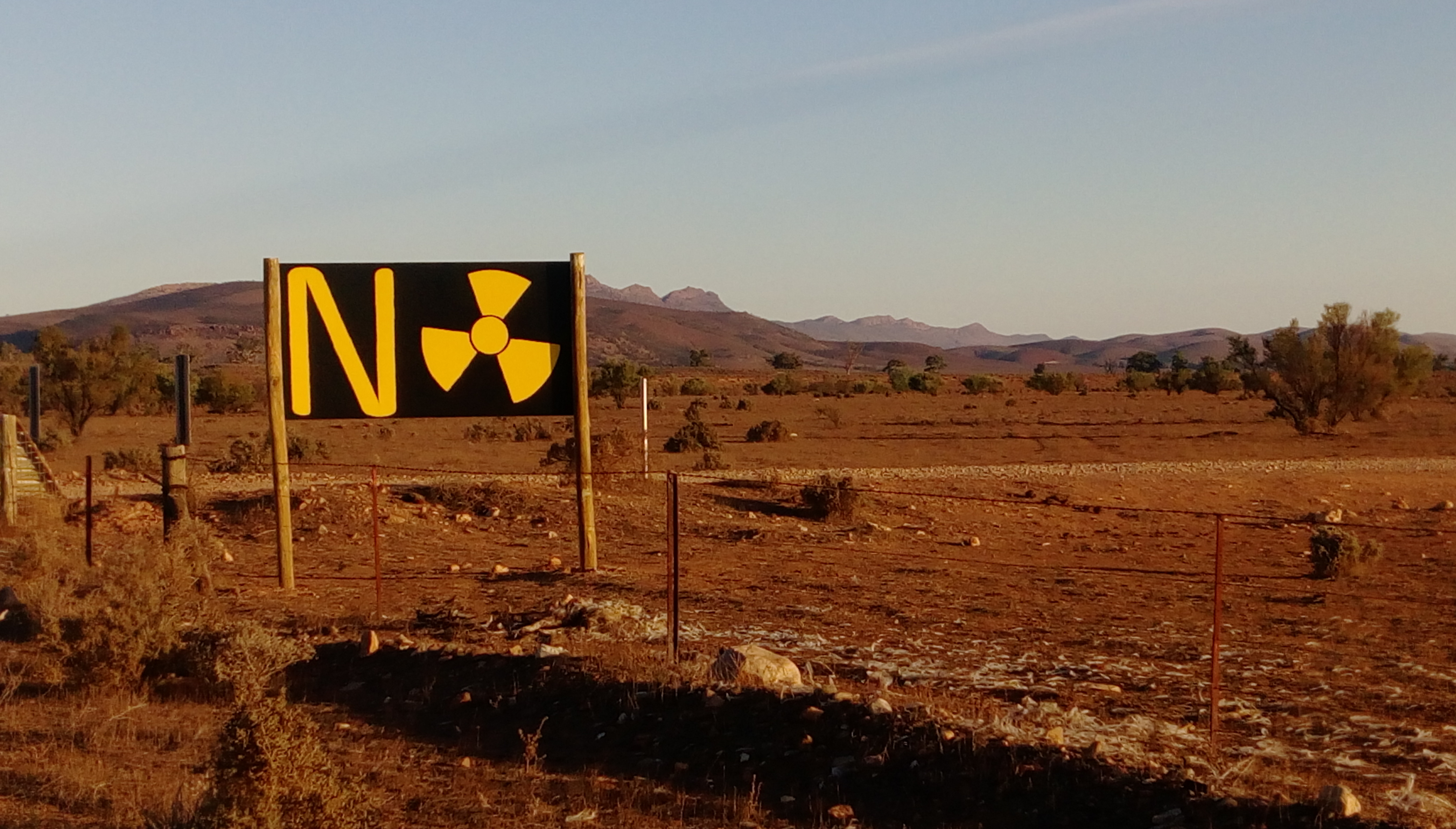 Everything about this nuclear waste dump is rubbish!!

☢ It’s unnecessary. Most of the reactor waste is currently produced and stored at Lucas Heights, south of Sydney, and ANSTO has acknowledged it can manage it on-site for decades.
☢ Continuing access to nuclear medicine is not dependent on a nuclear waste dump and the absence of such a facility has not hindered the practice of nuclear medicine.
☢ Affected communities are deeply divided. The 'broad community consent' the federal minister seeks does not exist.
☢ There are significant cultural heritage concerns at both sites and opposition from many Aboriginal Traditional Owners.
☢ Most South Australians are opposed.
☢ SA has legislation banning nuclear dumps that the federal government plans to ignore or override.
☢ The federal government wants to dump both low-level radioactive waste and long-lived intermediate-level waste in SA. The latter is to be stored above-ground for an 'interim' period while an alternative dump site is established. But the federal government is making no effort to find an alternative dump site for intermediate-level waste.
☢ This is not just a local issue. Many thousands of Australians live on transport corridors and have not been informed about the risks or given a say.
☢ The employment promises (45 jobs) are deeply implausible and have been repeatedly inflated.
☢ Agriculture and tourism are both market-sensitive sectors and any planned facility could negatively impact these industries.
☢ This decision is being driven by politics, not by science or need. Minister Canavan wants to select a site before the next federal election for political reasons, not because he has to. The federal regulator has stated that the ANSTO waste is safe where it is and there is no urgent need to move it.

We want the government to take all sites in SA off the table and to hold a full independent inquiry into the best way to manage our most dangerous waste. The government must stop targeting remote and regional areas and give Aboriginal people a right of veto for proposals that threaten their country and culture.