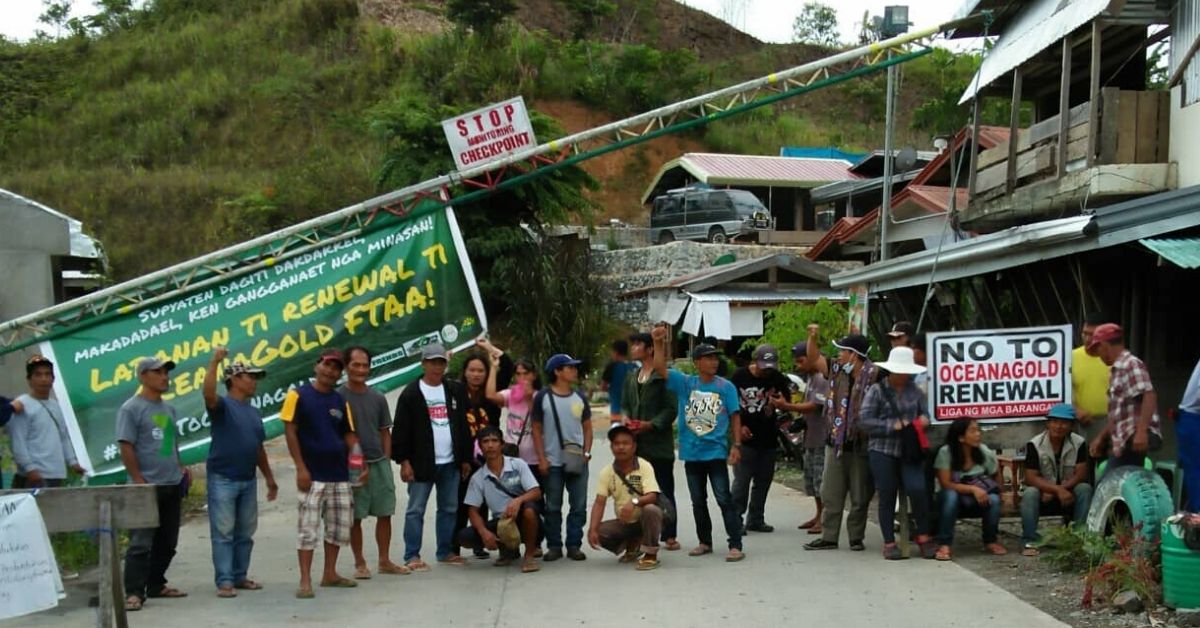 According to the Facebook post, a community blockade has been in place since 2019 after the expiration of mining agreements. One of the community members who was leading the resistance was still in police custody at the time the post was made.

Friends of the Earth Australia spokesperson Cam Walker said, "This should concern all Australians: Oceana Gold is an Australian-Canadian owned mining company which is being opposed by many in the local community."

"We stand with the community - whom must be protected in these troubling times - and support the LRC's call for local authorities to enforce the suspension of operations of Oceana Gold whilst legal proceedings continue."

This turn of events is very alarming and casts a cloud of doubt on Oceana Gold following orders to halt its operations. At a time when the country should focus on flattening the curve of the corona virus infections, Oceana has shifted precious government manpower to support its interests.

While many businesses not involved in essential goods have shut down operations, a large-scale mining company like Oceana wants to be an exception, all in the name of profit.

LRC calls on the local and national governments to strictly enforce the suspension of Oceana Gold’s operations and protect the rights of residents of Didipio, Nueva Vizcaya as they continue their legal battle against Oceana Gold."

Extractive activities like mining are symptomatic of an economic order that commodifies nature ostensibly for profit. This is worrying because environmentally destructive activities such as mining and logging have been found to play a role in the spread of infectious diseases."

“When we do things in an ecosystem that erode biodiversity — we chop forests into bits…we tend to get rid of species that serve a protective role,” says Dr. Richard Ostfeld to the New York Times. In another study, Kate Jones, chair of Ecology and Biodiversity at University College London, reports that the disruption of forests driven by logging and mining amplify the effects of epidemics.

The incident also calls our attention to safeguard human rights, especially for those in the margins. The potential for abuse within a lockdown scenario is heightened when an anxious nation is gripped in crisis. The incident yesterday is a manifestation of this. The timing and means of Oceana Gold’s actions are suspect, conducted during a pandemic and where there are other peaceable means. It has not shown good faith.

Post-COVID-19, governments must consider the link between destructive environmental practices and public health. The Philippines cannot continue to rely on large-scale extractive operations as one of its economic strategies. LRC calls on the government to come up with just, equitable, and transformational solutions which put a premium on environmental protection and people’s welfare.

Friends of the Earth Australia stands in solidarity with LRC and the community in Didipio, Nueva Vizcaya.