Here in South Australia we are in the midst of an energy transition
from  fossil fuels to renewables plus storage.

We applaud what the former State Government has achieved in the construction of renewables and battery storage; the solar subsidy it announced for low income citizens; and the planned move to overlapping local grids to provide a robust network.

While South Australia is well on target to hit its plan for 50% renewables, and predicted to reach 73% renewables by 2025, it is still funding the search for more gas fields, fails to oppose oil exploration in the Great Australian Bight, and is still considering unconventional gas and fracking in the north and south-east of the state.

As was noted by Bill McKibben in his essay “Do The Math” in Rolling Stone, globally, we already have five times the amount of fossil fuel reserves we could possibly burn safely by 2050 — 2,795 Gigatons in reserves vs 565 Gigatons that we could burn by 2050 — there is no reason to spend $48 million searching for more gas and oil.

It makes no sense to search for new fossil fuels which we cannot burn if we hope to contain warming to at most the 1.5 – 2 degrees we pledged for the Paris Agreement.

This is a Friends of the Earth Adelaide and Left Unity SA initiative. 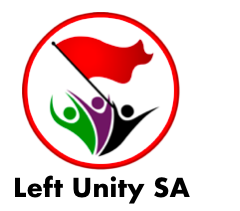 You can download a PDF of this declaration Here