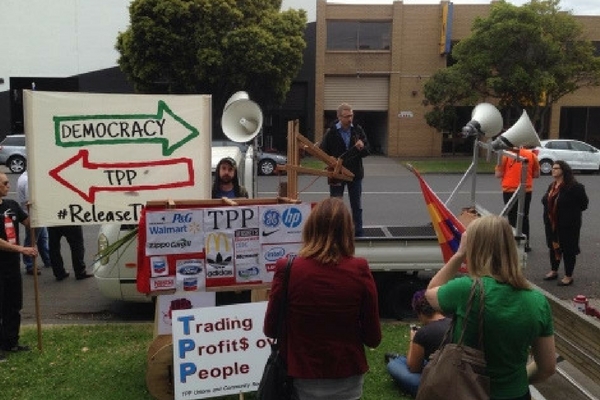 Melbourne community groups and unions have joined the International week of action against the TPP, staging a rally outside the office of Veolia in Melbourne.

Under the ISDS Clauses in “Free” Trade Agreements foreign corporations can sue sovereign governments where they claim domestic laws and regulations may diminish their profits. Workers’ wages and conditions, health and safety are not exempt. 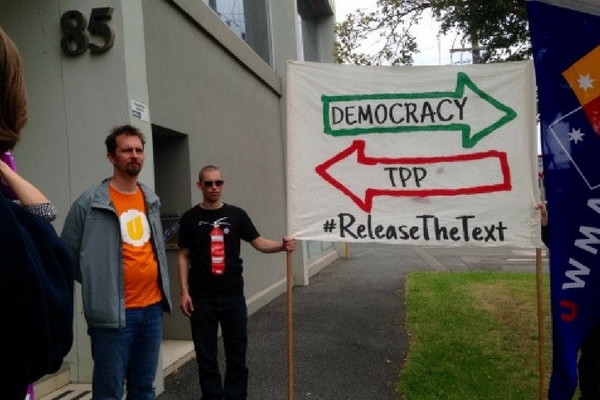 This is already happening in Egypt under the “Free” Trade agreement between France and Egypt. In 2011, the Egyptian workers and their unions won an increase in the country’s minimum wage. 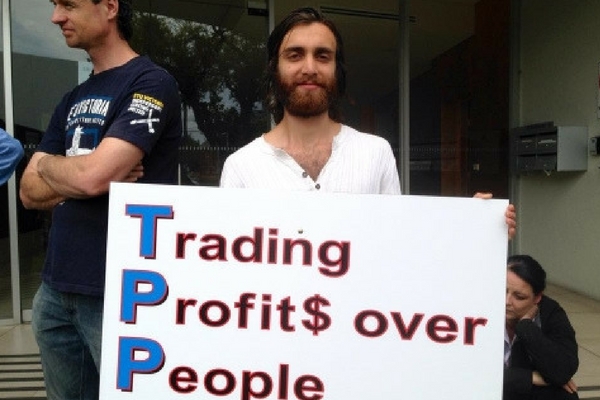 The ISDS Clause in the TPP allows this to happen here! Foreign corporations will have the power to sue national, state and local governments.

Veolia is an example how foreign corporations can use ISDS to block laws and regulations that benefit the people and the environment. 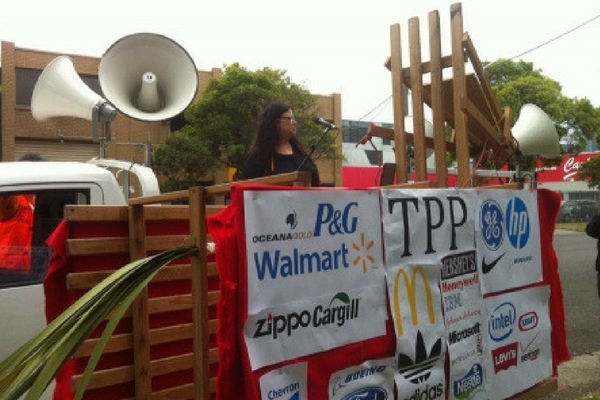