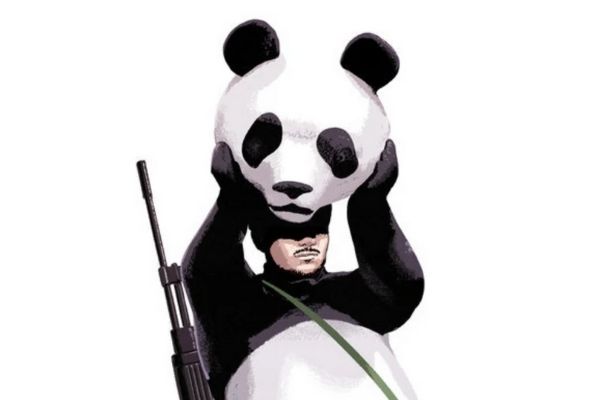 Buzzfeed's recent exposé of WWF's practices around the world has shocked the public, funders and regulators.

While researching the legacy of Rio Tinto's Kelian gold mine in East Kalimantan, Indonesia, it was interesting to find that WWF had become involved. WWF was not there, like other environmental organisations, to support local people or over pollution concerns. WWF became involved because Rio Tinto had inadvertently created a perfect asset for WWF – a protected forest from which all inhabitants had long been evicted and which was still guarded by military and police officers.

After mine closure in 2005, the mine contract area was rehabilitated and turned into a protected forest. Its status as a protected forest legally excludes previous inhabitants from returning, from fishing in the river, collecting forest products and panning for gold. The Indonesian military and police officers, company security and forest rangers hired by Rio Tinto physically exclude local people from their traditional forest.

The level of security and infrastructure provided by Rio and the Indonesian state makes the forest a perfect place for WWF to relocate critically endangered Sumatran Rhinos. It also has the potential to underwrite carbon credits under a REDD+ scheme.

WWF is greenwashing the legitimacy of Rio Tinto, which has publicly acknowledged human rights abuses during the development of the mine. Free prior and informed consent was never sought or given by the people evicted from the forest area ‒ a mix of indigenous Dayak peoples and non-indigenous people.

In fact, evictees fiercely resisted evictions from 1985‒1992, yet, as one resident of Tutung village told me: "Although the community is right, they are always made wrong. If we insisted [on our rights], the iron hand will come. That is the problem and that is why all kinds of violence short of bombings were used … we were just like a herd of cows that was pushed into a barn together."

A Komnas HAM (National Commission of Human Rights) investigation reported that residents resisting eviction were arrested, their houses and gardens were burnt, their possessions destroyed, or they were shot.

Human rights abuse also continued after the evictions; as evictees demonstrated for compensation. Some villagers who trespassed into the mining area (usually to illegally pan for gold) were shot by guards – at least one person died while being pursued by guards. The abuses also included sexual harassment and assault of women and girls.

Despite a strong local protest movement, compensation trickled in slowly until the fall of Suharto's authoritarian government in 1998. Local activists, who had begun organising with Oxfam Australia (then Community Aid Abroad) travelled to Melbourne and London to confront Rio Tinto executives at their annual general meetings. Following international pressure and local blockades, Rio Tinto's subsidiary KEM negotiated a compensation package of 60 billion rupiah (A$11.1 million) for victims without admitting guilt or liability in March 2001.

Creation of a protected forest

In 2001, KEM established a Mine Closure Steering Committee (MCSC) to plan for mine closure, rehabilitation and the creation of a protected forest. The committee invited the participation of local figures and NGOs in the planning process. However, a local activist and founder of LKMTL (Council for People's Prosperity, Mining and Environment) told me: "Our opinion was always cut, they would never listen to our problems … [The] MCSC is formulistic, there were no opportunities to ask questions or submit input."

KEM did agree to the protection of several sites sacred to local Dayak groups, yet genuine joint management of the forest was denied. Community demands to create aquafarming, to be allowed to fish in the river or pan for gold were ignored.

It is this history of violence, exclusion and lack of consent that WWF is now benefiting from. To be clear, WWF is not responsible for any of the abuses in this case and became involved after compensation had been paid to many of the victims. However, as a corporate partner with Rio Tinto, WWF could have played a transformative role in addressing the lack of free prior informed consent and creating new foundations for transformative community relations.

However, I found no evidence that WWF investigated the lack of free prior informed consent of the villages surrounding the forest. Villagers reported that they have never been consulted by WWF. While conducting fieldwork, WWF employees declined to be interviewed on the record.

In November 2018, WWF announced they were relocating a single Rhinoceros that they had captured to the Kelian Protected Forest. The existence of the only known Rhino in Kalimantan in the forest will only add one more reason that the forest remains protected by armed guards and that all people, including locals, are excluded.

To be sure, as Buzzfeed also acknowledged, poaching is a serious crime that threatens the extinction of many species across the world – including the Sumatran Rhino – and protecting critically endangered species from well organised and armed poachers is dangerous, courageous work. Balancing secrecy, security and community relations cannot be easy.

Clear lines need to be drawn between international poaching syndicates and local indigenous people, even if they fish, gather, or hunt within protected areas. Local communities can provide the best defence against poachers, when they consent and are involved in forest management. Their exclusion simply breeds resentment and creates conflict.

Although the details of both the Kelian case and Buzzfeed's findings are disturbing, they may not come as a surprise to many environmental activists who have been critical of NGOs and conservation groups like WWF for decades. I remember first reading about environmental racism in Chain Reaction about ten years ago. That edition drew attention to some environmental NGOs, including WWF, for their racist and neo-colonial approach to environmental conservation.

The 'neo-colonial' approach to the protection of wildlife and ecosystems through creating national parks means humans must be excluded – any people living in the park must be relocated. The burden of environmental conservation is shifted from those who exploit the environment for profit onto subsistence farmers and indigenous people.

This represents a new colonialism where local people are squeezed out by plantations and mines on one side and land grabs of their most pristine areas by environmental NGOs and their funders, on the other.

There is not enough space here to describe alternatives. Suffice it to say that conservation and environmental NGOs can combine environmental protection with a proactive human rights agenda by honestly engaging and transforming histories of exploitation rather than ignoring and taking advantage of them.

Free prior informed consent remains a paper commitment for mining corporations and conservation NGOs alike. I would like to end this article with a call not to single out WWF, but to focus on the multitudes of environmental justice work that we all engage in and ensure that we are not perpetuating racist or colonial practices in our own work, be it internationally or in Australia.

Lian Sinclair is a PhD student researching Australian mining corporations in Indonesia and conflicts with local communities. He acknowledges they are writing on the traditional lands of the Whadjuk Nyungah People, where sovereignty was never ceded. @liansinclair, [email protected]