Australians have a history of strong opposition to nuclear power, both civilian and military. Scott Morrison wants to change that by equipping Australia with nuclear submarines.

Friends of the Earth's Dr Jim Green said, "The federal government has secretly decided that Australia will acquire nuclear submarines and any consultation will likely be tokenistic. This is the DAD ‒ Decide, Announce, Defend ‒ approach which is the antithesis of good government."

This is a dangerous move by the government that could have serious regional repercussions.

Nuclear power is bad for people, and bad for the planet. Peace precursor to climate, economic, gender, social and environmental justice. 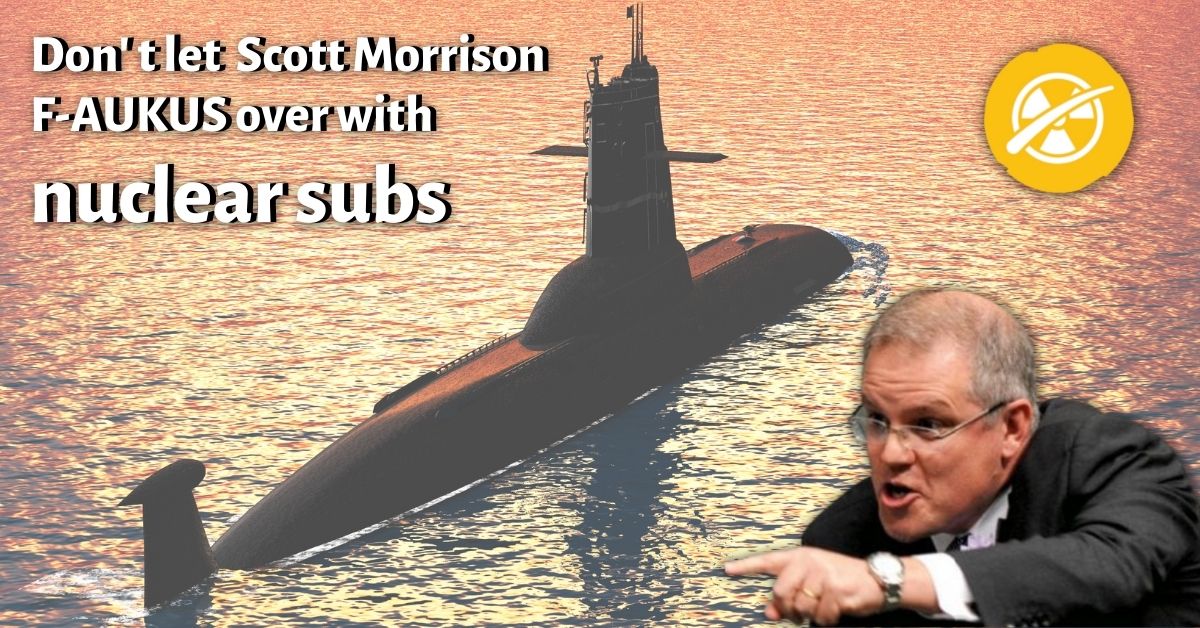 Say no to nuclear subs

If this newly coined triad of colonial powers, “AUKUS”, wants to ensure a peaceful and prosperous Asia Pacific, tackling climate change, providing healthcare, removing vaccine patents, and distributing free supply to our regional neighbours would achieve more than escalating militarisation of the region.

Nuclear Submarines are a few steps away from nuclear weapons.

Our VP @margaretbeavis on ABC #Illawarra: the introduction of nuclear technology could lead us to nuclear weapons and power. We welcome the PM's statement on weapons, but Australia needs to sign the #TPNW #nuclearban today. https://t.co/ZkwbuQzFhL

“Military nuclear reactors in Australia would present a clear nuclear weapons proliferation risk and become potential sites for nuclear accidents and radiological contamination long into the future,” Gem Romuld, Director of the International Campaign to Abolish Nuclear Weapons said in a media release from the Nobel Peace Prize winning organisation.

Joe Biden, Boris Johnson, and Scott Morrison use the language of prosperity and peace, yet the future threats as identified by their own defence white papers will come from a lack of access to healthcare, food, clean water, and environmental and climate destruction. The escalation of AUKUS colonial forces in Asia Pacific will only undermine Australia’s relationships with our closest neighbours, such as New Zealand and other Pacific nations who have bans on nuclear powered vessels entering their ports.

At a time when ordinary Australians are struggling to make ends meet in the wake of the global pandemic, the huge bill for this radical shift in Australia’s military is out of touch with the experience of working class people. Friends of the Earth Australia calls for the money being spent on these submarines to be reassigned to support those most affected by the pandemic, to provide regional vaccine aid, and to develop civilian controlled disaster relief programs as we face future climate crises, like the recent summer of fires.

Friends of the Earth Australia was forged in nuclear resistance, and we reject the radioactive racism of the entire nuclear fuel cycle.

Waste from a nuclear submarine program would be dumped on Aboriginal land, as is the case with the federal government's current plan to dump Australia's nuclear waste at Kimba in SA despite the unanimous opposition of Barngarla Traditional Owners. It speaks volumes about the crude racism of the Federal and SA Coalition governments that they are prepared to ignore unanimous Aboriginal opposition to a nuclear dump. 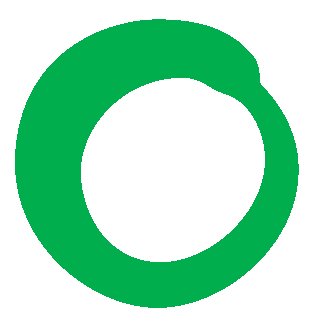 Friends of The Earth Australia calls on communities and unions in port cities and shipyards around the country  to declare themselves nuclear free zones and put green bans on the servicing, construction, and any maritime industries relating to nuclear powered vessels.

Whilst you are here, please make a tax deductible donation. Friends of the Earth relies on donations from people like you to keep running campaigns for social and environmental justice.
Donate now
Anti-Nuclear Defence of Earth