National magazine of Friends of the Earth Australia 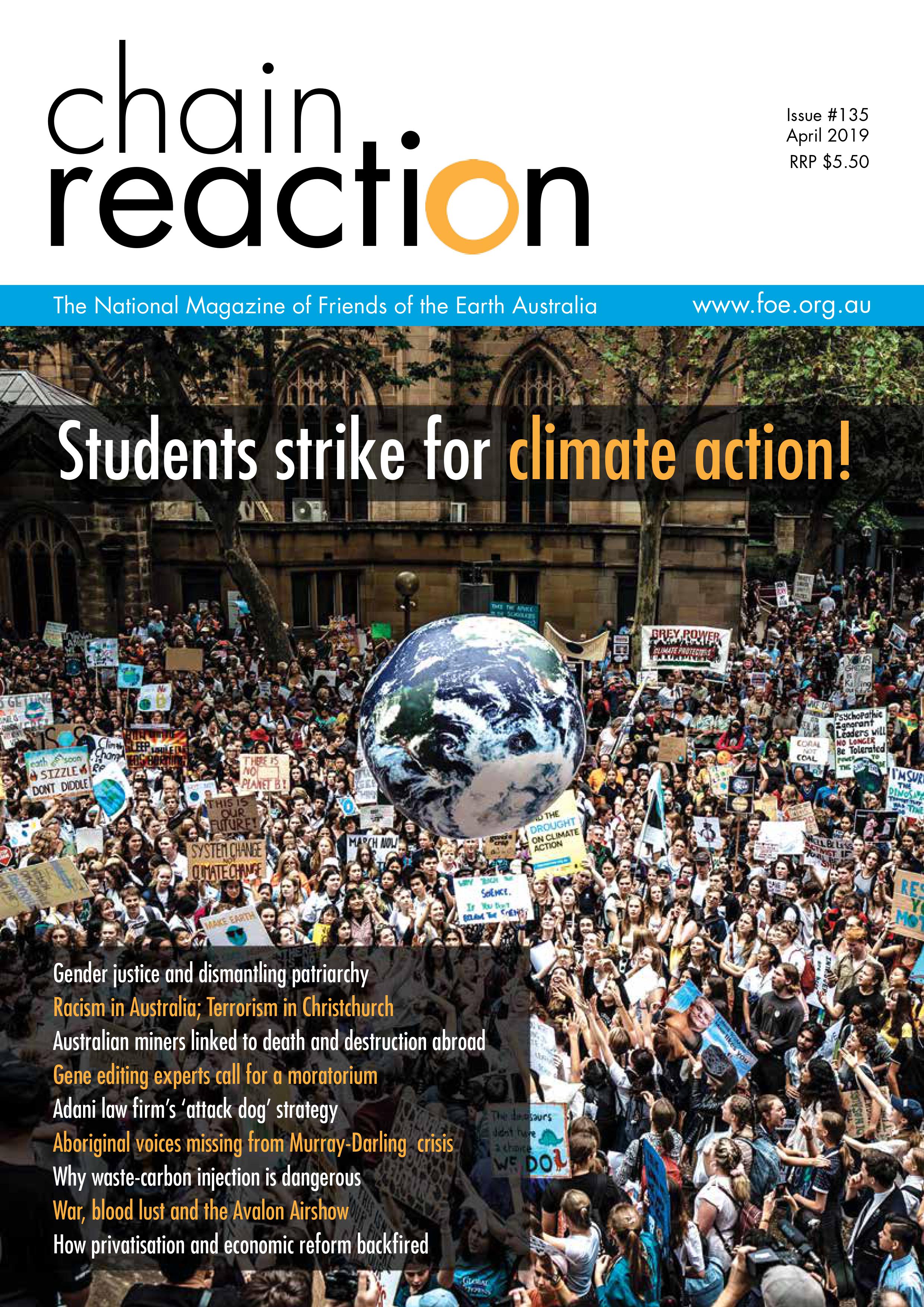 Friends of the Earth Australia News

Why these Australian students will strike for climate change action

The climate change strike: from a student who was there ‒ Aceda Rose

Climate change is sexist: why I'm striking to support girls around the globe ‒ Lauren Lancaster

Racism in Australia; Terrorism in Christchurch

War, what is it good for ... besides blood lust and the Avalon Airshow? ‒ Dave Sweeney

The saga of Lynas Corporation and its massive piles of toxic wastes in Malaysia ‒ Lee Tan and K.K. Tan

Not that bad: Dispatches from rape culture

Adani and the War Over Coal

The story of a weed killer, cancer and the corruption of science

Governing shale gas in the US, Canada, Australia, and Europe